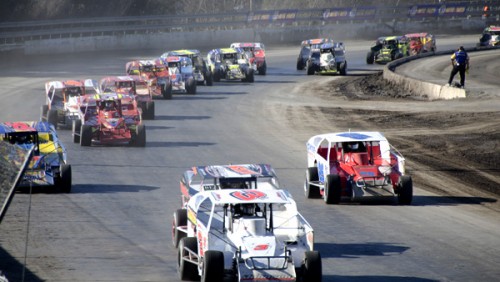 Springville, NY [March 3, 2014] – Fluidampr announces that World Racing Group (WRG) has expanded approval of its performance crankshaft dampers to the popular DIRTCar 358 Modified division.  Effective in 2014, teams now have the option to compete with an appropriate Fluidampr, part numbers 620101, 720101 or 62260D.

“We are excited by World Racing Group’s and DIRTCar’s decision,” remarks Ivan Snyder, Fluidampr Lead Sales Account Rep.  “The request for us to approach WRG came from the 358 Modified teams themselves.  They have or have colleagues who are benefiting by installing a Fluidampr performance damper in other WRG divisions or sanctioning bodies.  The rule update provides greater uniformity and the opportunity for hundreds of DIRTCar 358 Modified teams to select the best harmonic balancer to meet their safety, durability and performance needs.”